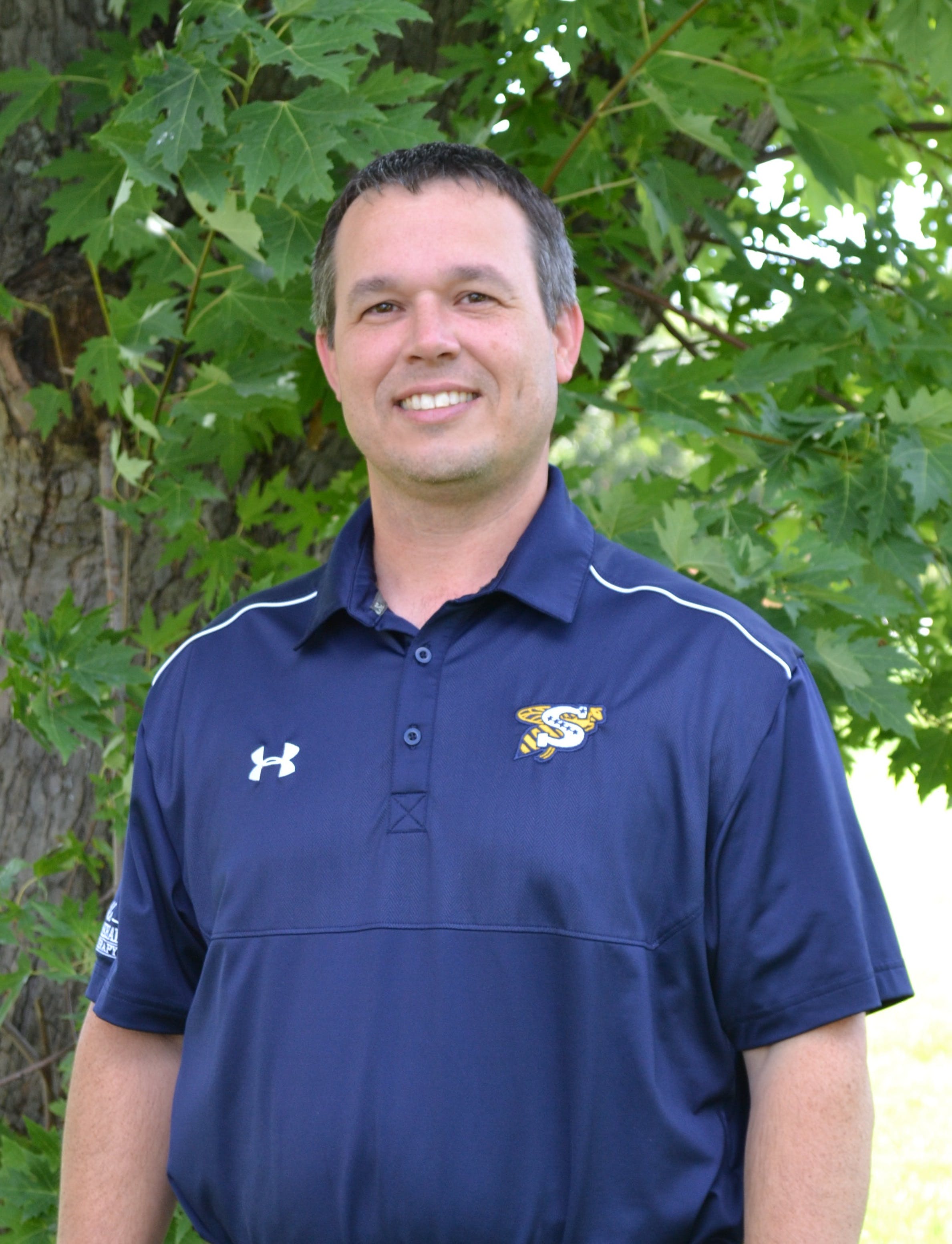 Mark is the Owner and CEO of our practice.

In 1998, Mark graduated from The University Oklahoma Health Science Center with a Bachelor of Science in Physical Therapy. In 2017, he completed the Executive Program in Practice Management with a Post Professional Doctorate of Physical Therapy through Evidence in Motion.

Mark has an extensive background in orthopedic physical therapy, including sports and industrial medicine aspects of orthopedics. He is also professionally involved with surrounding high schools and works in conjunction with the Tarleton State University Athletic Training Department to help rehabilitate student-athletes. Over the years, Mark has developed a strong knowledge of evidence-based business and best practices and has integrated this knowledge into Sports Rehab & Physical Therapy.

He is a member of the Texas Physical Therapy Association, American Physical Therapy Association, and the Private Practice and Orthopedic Sections within the APTA. Mark is originally from Stephenville where he attended high school and participated in football, powerlifting, and track. Mark currently lives in Stephenville, Texas with his wife, Julie, and their children, Luke and Abbey. 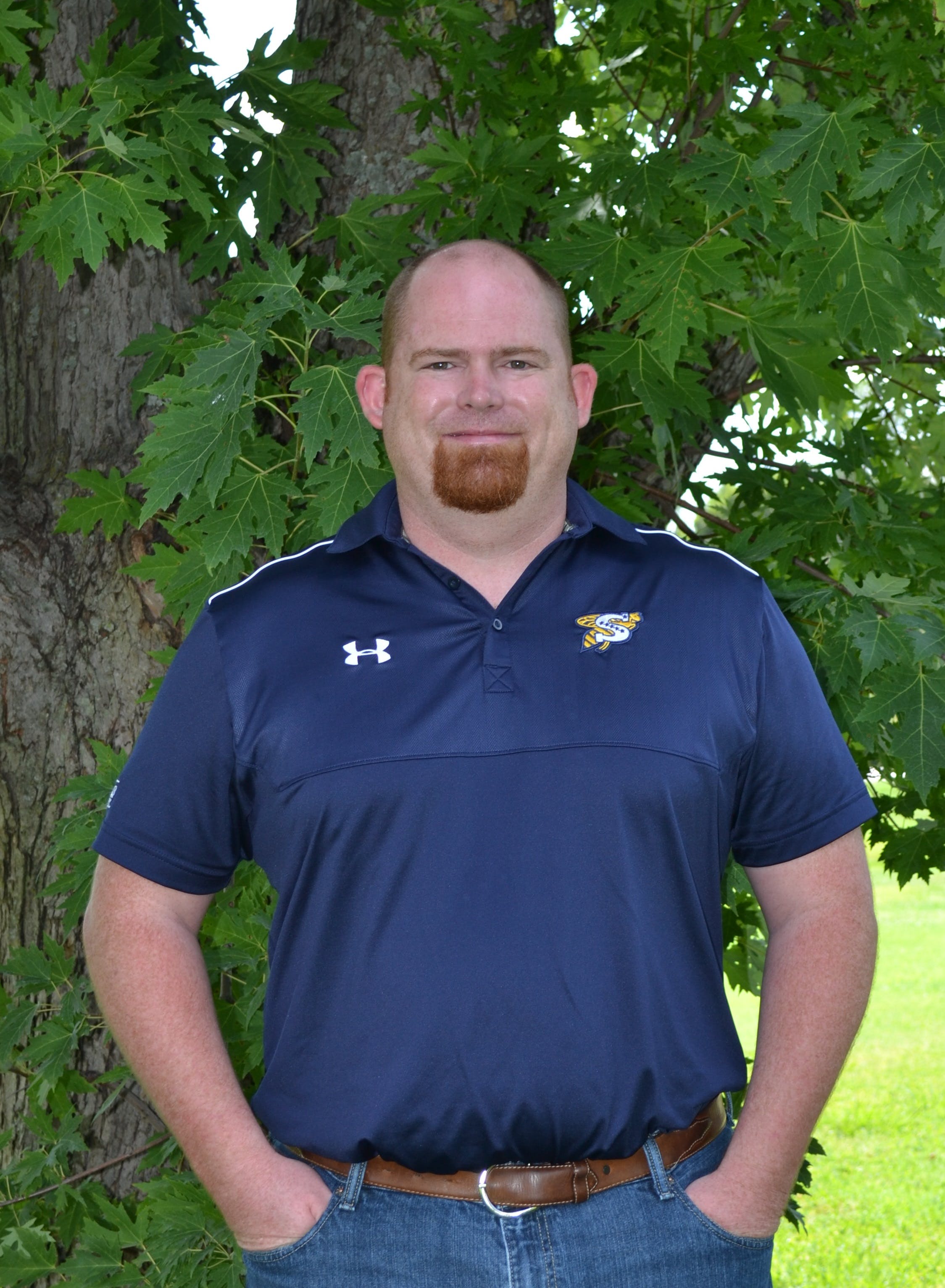 Derek is a partner of SRPT and Clinic Director of the Stephenville location.

Derek joined the Sports Rehab & Physical Therapy team in August of 2008. In 2004, Derek graduated from Hardin-Simmons University in Abilene, Texas with a degree in Exercise Science/Biology. He continued his education at Hardin-Simmons University, and earned his Doctorate of Physical Therapy in 2006. Also, Derek has over 5 years experience with personal training and conducting strength and conditioning camps for athletes. His career in physical therapy has been primarily spent doing outpatient orthopedic rehabilitation and sports performance, however, he also has extensive knowledge in neurological/stroke rehabilitation. In 2016, Derek became a partner of SRPT. In 2019, Derek received his Dry Needling 1 certification through Kineticore which is owned by Evidence in Motion.

Derek lives in Stephenville with his wife, Jenny, and their two children, Nolan and Rebecca. In his spare time, Derek enjoys fishing, hunting, and playing golf. Derek is currently an adjunct professor at Tarleton State University, teaching Orthopedic Assessment. 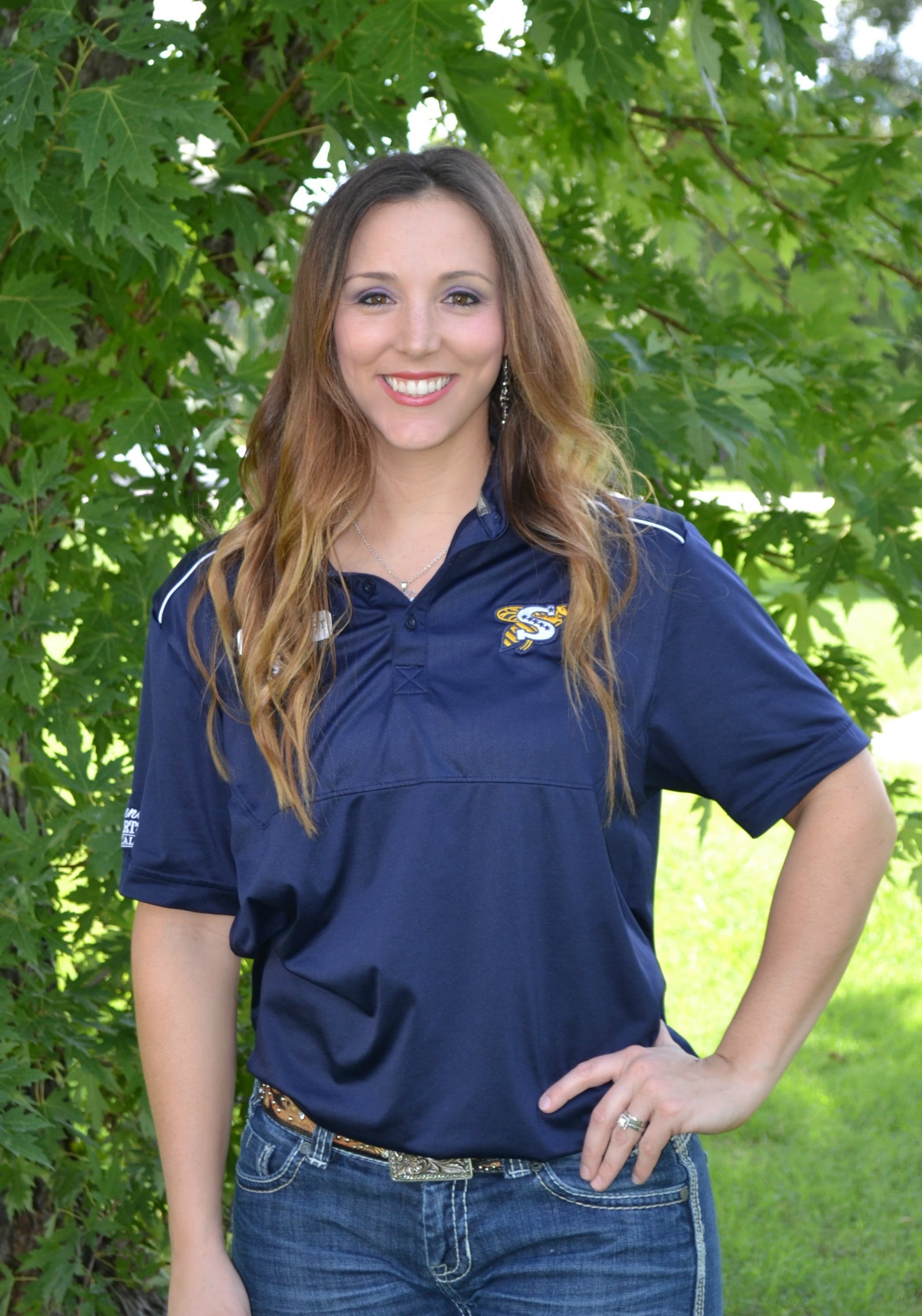 Brandi is a partner of SRPT and Clinic Director of the Hico location.

Brandi became a team member of Sports Rehab & Physical Therapy (SRPT) in June 2014. After graduating from Tarleton State University in 2010 with a Bachelor’s degree in Biology, Brandi went on to earn her Doctorate of Physical Therapy degree from Hardin-Simmons University in 2012. In 2016, Brandi became a partner of SRPT. Brandi earned her orthopedic clinical specialist certification in 2019 through the American Board of Physical Therapy Specialists. Brandi completed the coursework through Evidence in Motion to receive this specialist certification. In 2019 Brandi received her Dry Needling 1 certification through Kineticore which is owned by Evidence in Motion.

Brandi lives in Stephenville with her husband, Wesley. She serves on the board of directors for Tarleton State University’s Alumni Association and attends Erath County Cowboy Church. In her spare time, Brandi enjoys working out, listening to live music, furniture restoration, and helping her husband with his cattle business. Brandi enjoys treating a variety of patients and has a strong interest in outpatient orthopedics. 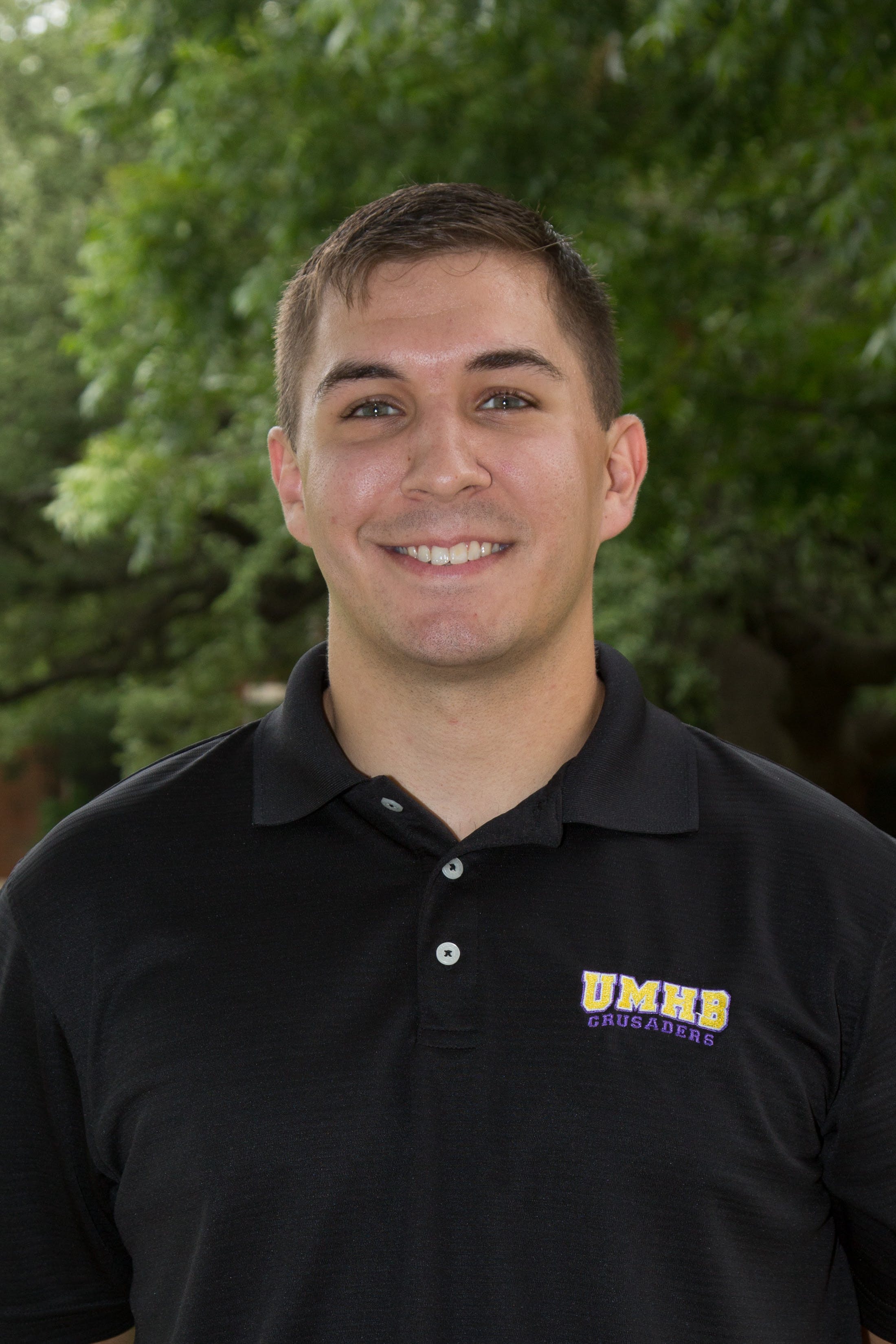 Daniel joined the Sports Rehab & Physical Therapy team in early January of 2018. He did his undergraduate work at the University of Mary Hardin-Baylor in Belton, TX where he earned a degree in Exercise and Sport Science in May of 2014. He continued his education at UMHB, recently earning his Doctorate of Physical Therapy degree as a part of the inaugural graduating cohort of the university’s DPT Program in December of 2017. Daniel is very excited to begin his career with SRPT. He developed a love for both the outpatient orthopedic and sub-acute settings while on his clinical rotations but decided to begin his career in the outpatient setting with hopes of earning his OCS in the future.

Daniel lives in Stephenville and is looking forward to getting to know the people of this area and enjoying everything it has to offer. During his spare time, Daniel enjoys sports, working out, cooking, fishing, hiking and occasionally reading a good book. You’ll often find him at a ball field when baseball is in season. 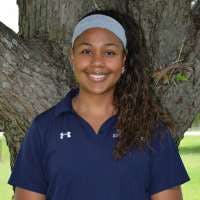 Jacqueline “Jaci” Smith joined the Stephenville team as our acute care physical therapist in 2017. In June 2016, Jaci graduated with her Doctorate of Physical Therapy from Stony Brook University located in Long Island, New York. Prior to PT school, she received her Bachelor’s degree in Athletic Training working with Division I athletics in 2012. Jaci also has three certifications under her belt. One, as a certified strength and conditioning specialist and the other as a Kinesio Taping Practitioner. Jaci received her Dry Needling Certification in 2019 through Kinetacore. Jaci enjoys working with “the challenge” in multiple settings, but has a passion in orthopedics

Jaci is the physical therapist many of our patients see first after surgery at Texas Health – Stephenville. She is the acute care physical therapist in Stephenville. Jaci, who is originally from Queens, New York now resides in Stephenville – trying to adjust to the Texas heat! Whenever Jaci isn’t working, she enjoys running and weight lifting. One can also find Jaci and her dog, Hunter, around nursing homes and the hospital volunteering with Annie’s Therapeutic Companions. 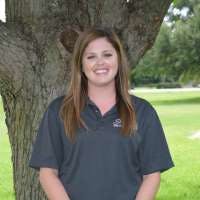 Missy joined the Stephenville team in 2017 as our Home Health Physical Therapist. Missy graduated in 2008 with her Bachelor’s in Exercise & Sports Science. From there, she went on to Hardin-Simmons University and graduated with her Doctorate of Physical Therapy in 2011. Missy’s career has covered acute care and outpatient physical therapy, but for the last 4 years she has worked exclusively in the home health setting. Missy enjoys working with all patient populations in the home health setting. She covers Parker, Hood, Palo Pinto, Erath, & Comanche Counties.

Missy resides in Hood county with her husband and young children. She enjoys spending quality time with her family in her spare time. 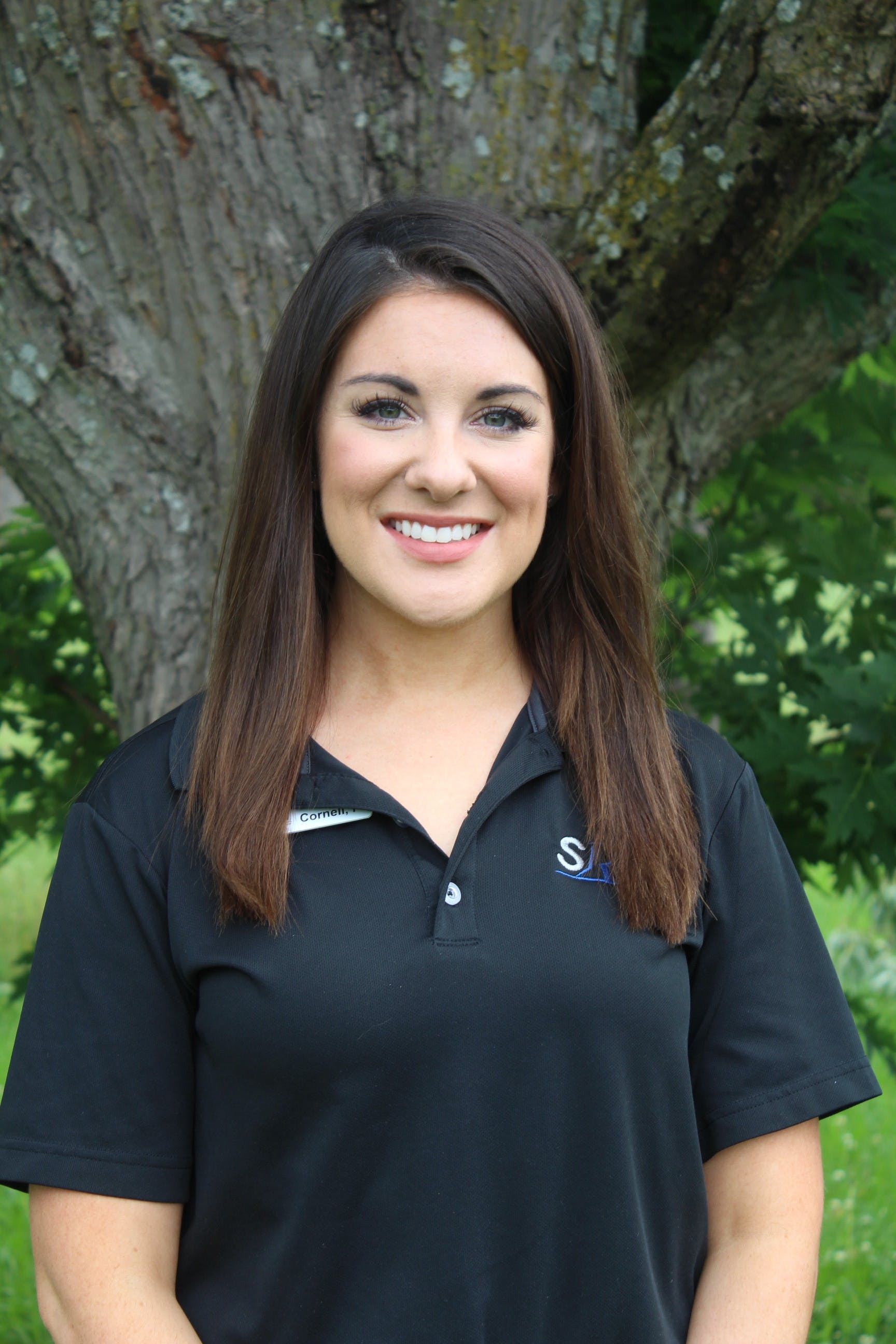 Shelby has been associated with Sports Rehab & Physical Therapy since 2014 when she first began working as a physical therapy technician, and graduated with a Bachelor of Science degree from Tarleton State University in 2014. In 2016 Shelby pursued a Doctorate of Physical Therapy from the University of Mary Hardin-Baylor and graduated in 2018. In 2019 Shelby received her Dry Needling 1 certification through Kineticore which is owned by Evidence in Motion.She has a passion for outpatient orthopedic physical therapy and that passion grew during her clinical internships. Shelby is a Stephenville native and enjoys spending time with her son and traveling during her free time. 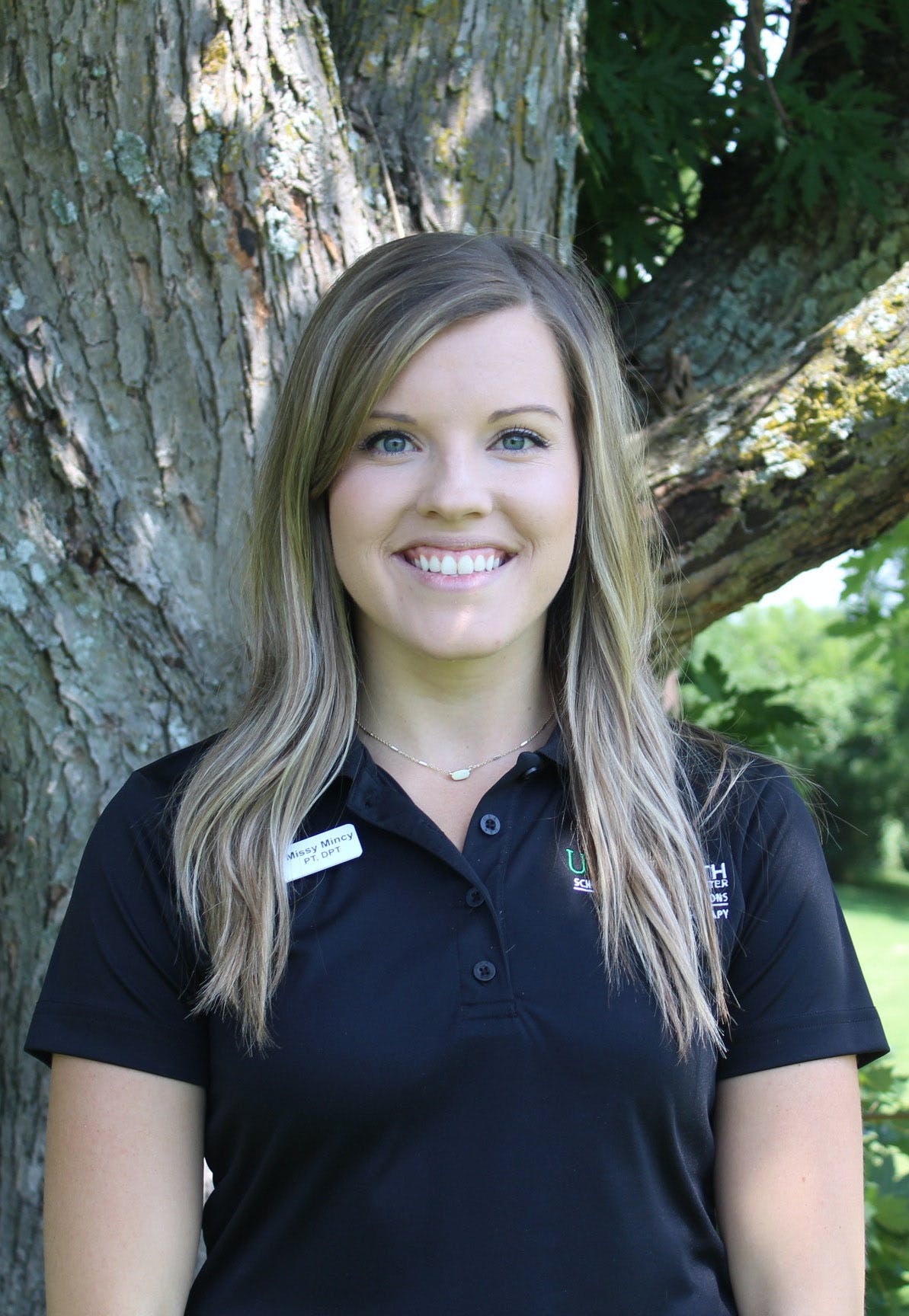 Missy joined Sports Rehab & Physical Therapy at our Stephenville location in June 2019. Missy graduated from the University of Texas at Tyler with her Bachelor’s degree in Kinesiology in 2016, and then in May of 2019 she received her doctorate in Physical Therapy from the University of North Texas Health Science Center. In 2019 Missy received her Dry Needling 1 certification through Kineticore which is owned by Evidence in Motion. Missy enjoys working with all patient populations but she has a passion for working with athletes.

Missy now lives in Weatherford with her husband. Outside of the clinic during her spare time she enjoys being outdoors, hiking, kayaking, and spending time with family and friends. 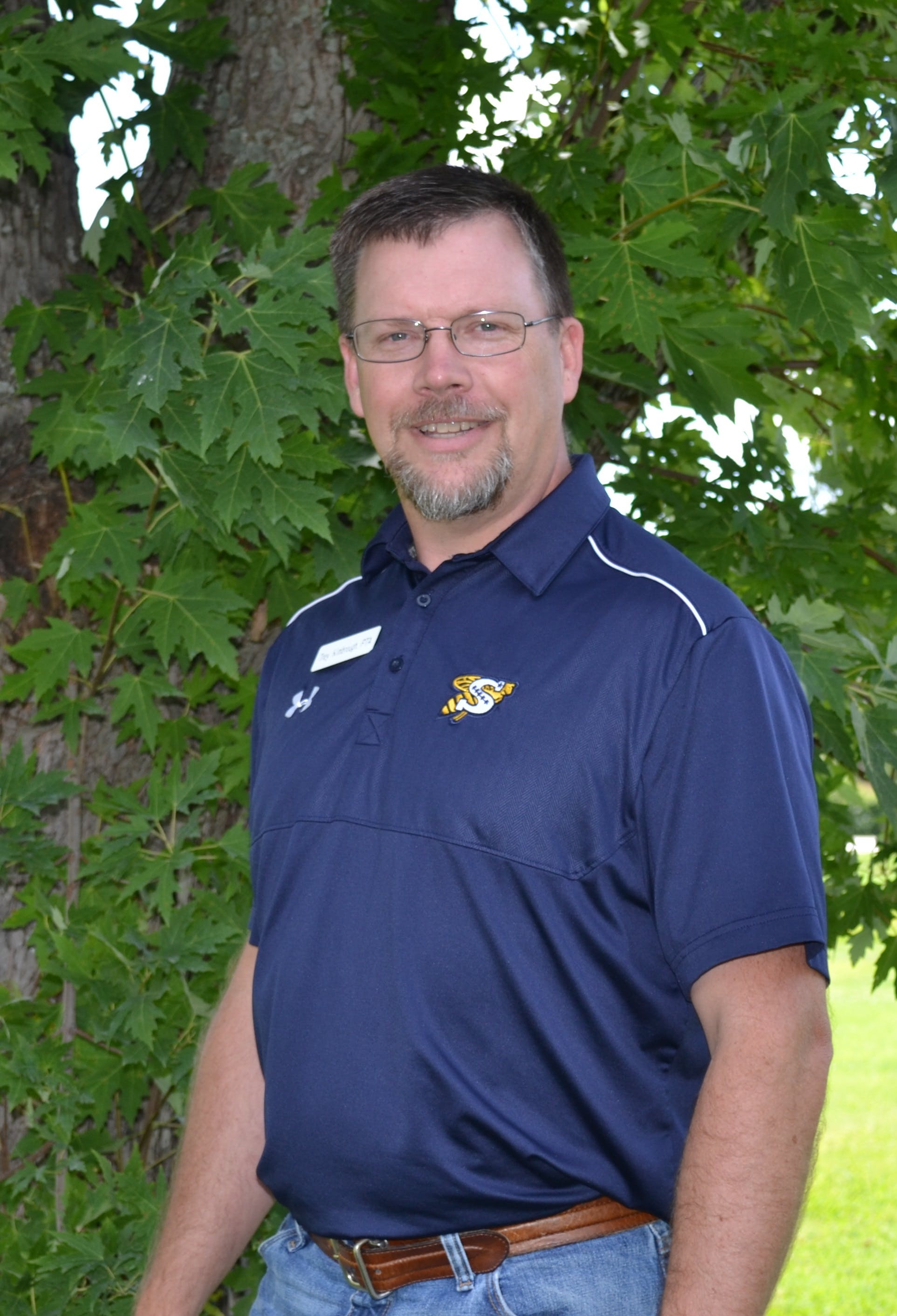 Troy lives in Stephenville with his wife, Robin and their two children. In his spare time, Troy enjoys barbecuing, family time, and being an active member of the Faith Lutheran Church. 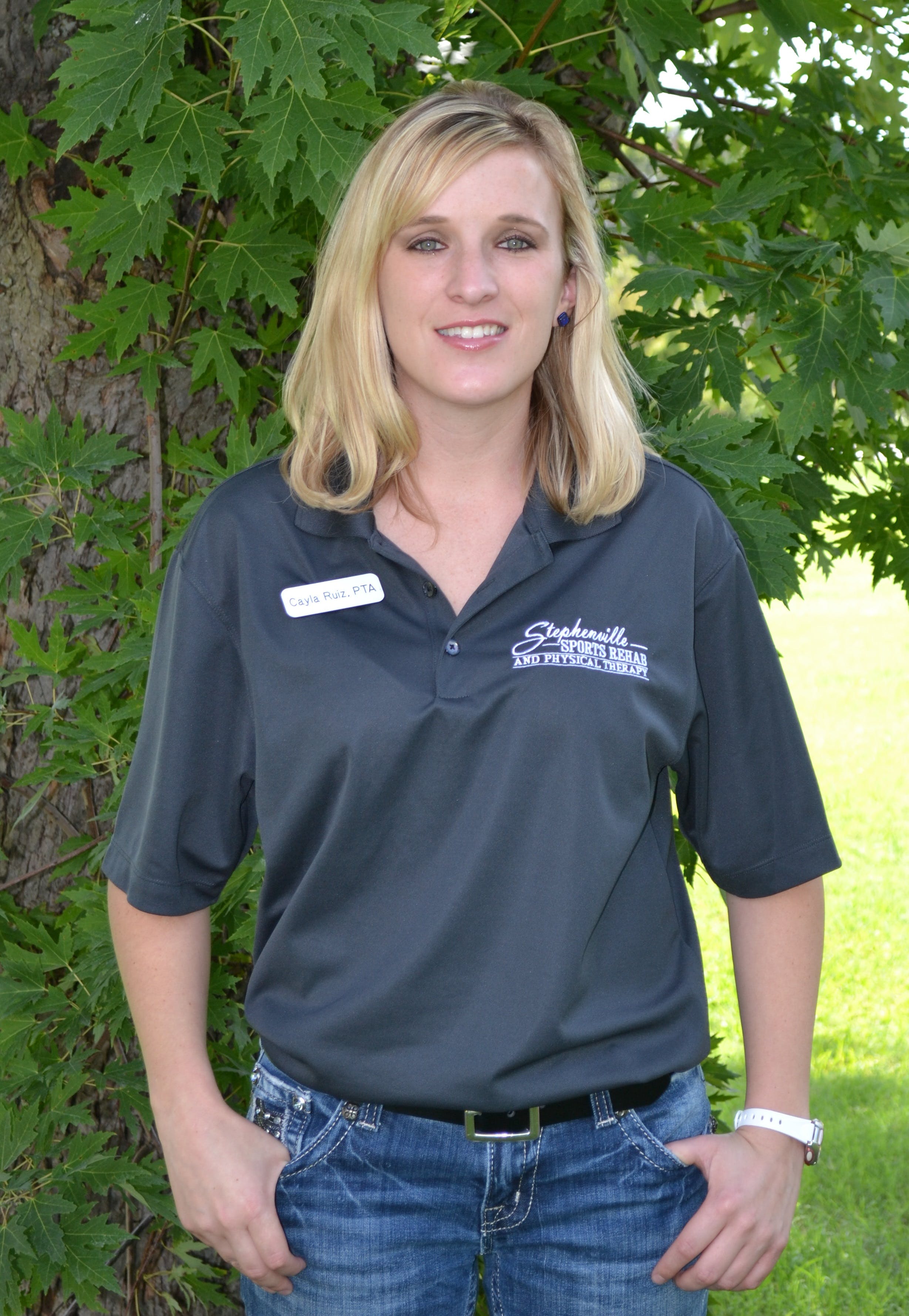 Cayla joined the Sports Rehab & Physical Therapy team in March 2016. She graduated from Texas Tech University in 2009 with her Bachelor’s in Exercise Sports Science. In 2012, Cayla received her Physical Therapist Assistant degree from Amarillo College.

Cayla lives in Stephenville with her husband, Abel, and their children. In her spare time, Cayla enjoys time spent with family and friends. She enjoys working with all patient populations, but has a strong interest in outpatient orthopedics and aquatics. Cayla works with all of our aquatic therapy patients at the Stephenville location. 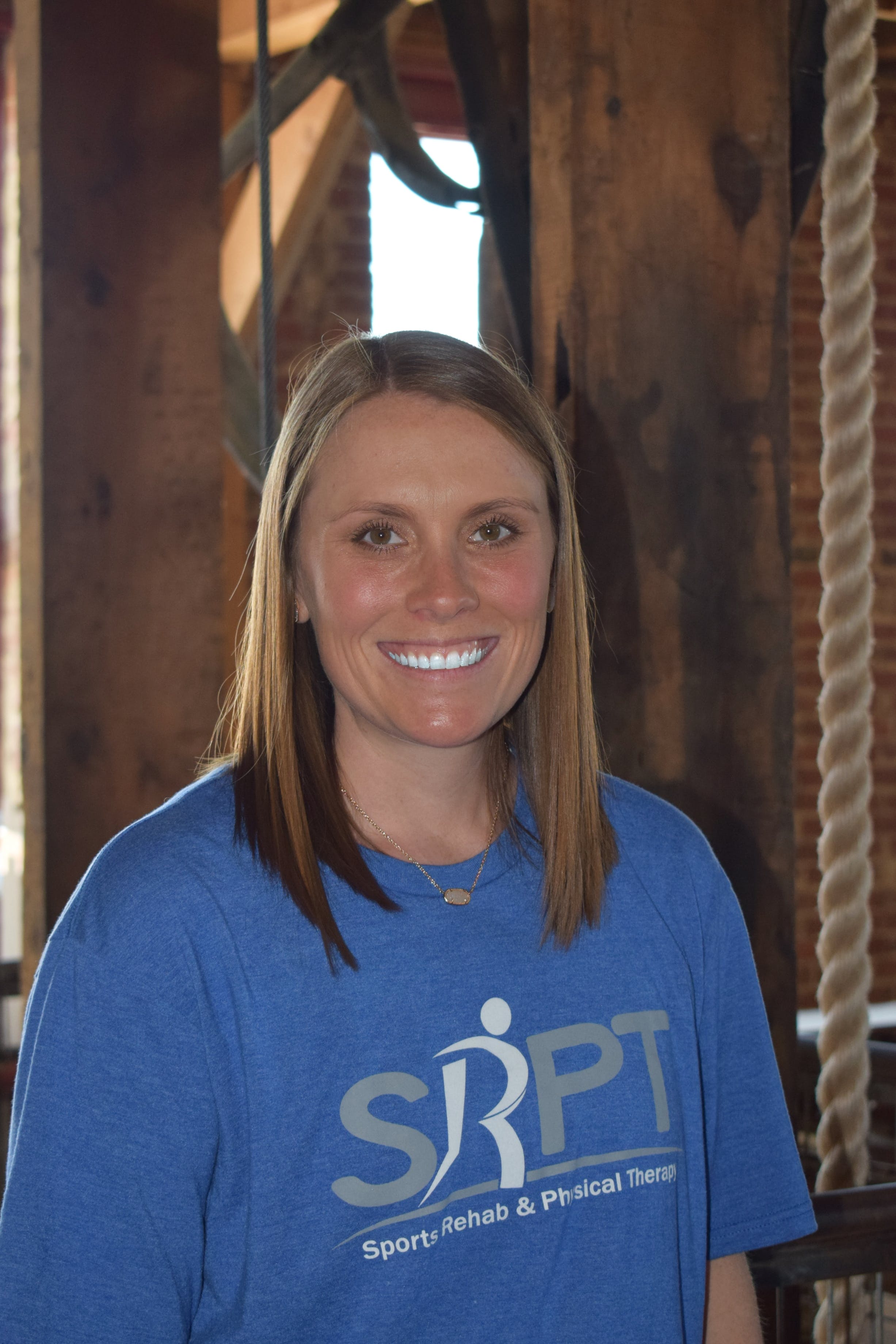 Whitney is a partner of SRPT and Clinic Director for both the Weatherford and Aledo locations.

Whitney joined the Weatherford team in August 2015. She received her Bachelor’s degree in Kinesiology – Motor Behavior in 2009 from Texas A&M University. In 2011, Whitney received her Doctorate of Physical Therapy Degree from the University of Texas Southwestern Medical Center in Dallas. Whitney’s post-graduate studies include post-surgical rehabilitation, sports rehabilitation, and sports performance.

In 2015, Whitney became certified in Dry Needling (Cert. DN) and utilizes this technique as an adjunct with manual therapy and exercise to treat her patients in the outpatient setting. Whitney earned her orthopedic clinical specialist certification (OCS) in 2018 through the American Board of Physical Therapy Specialists. Whitney completed coursework through Evidence In Motion to achieve this specialist certification.

She resides in Weatherford with her husband and two boxers, Roxy and Duke. In her free time, Whitney enjoys spending time with her family, attending sporting events and traveling. 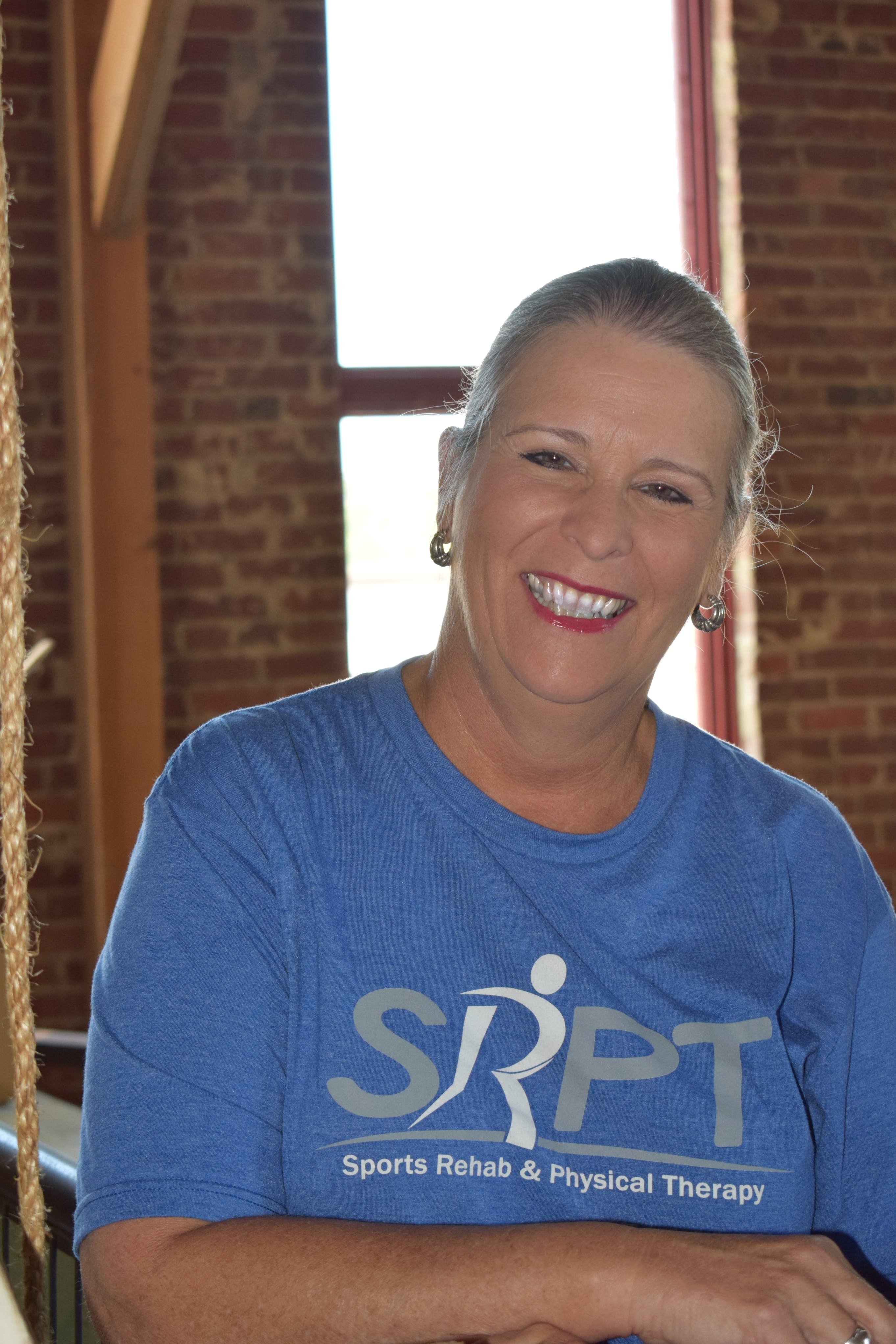 Tracy graduated in 1982 from Texas Woman’s University and has been associated with Weatherford Physical Therapy, Inc. for 34 years. The first portion of her career was spent in the hospital setting and the last twenty years has been primarily in an outpatient setting. Tracy enjoys treating all types of orthopedic conditions, but prefers the upper extremity and has chosen the majority of her continuing education courses in this area.

Tracy is a proud 3rd generation Parker County native and knows many residents in the area. 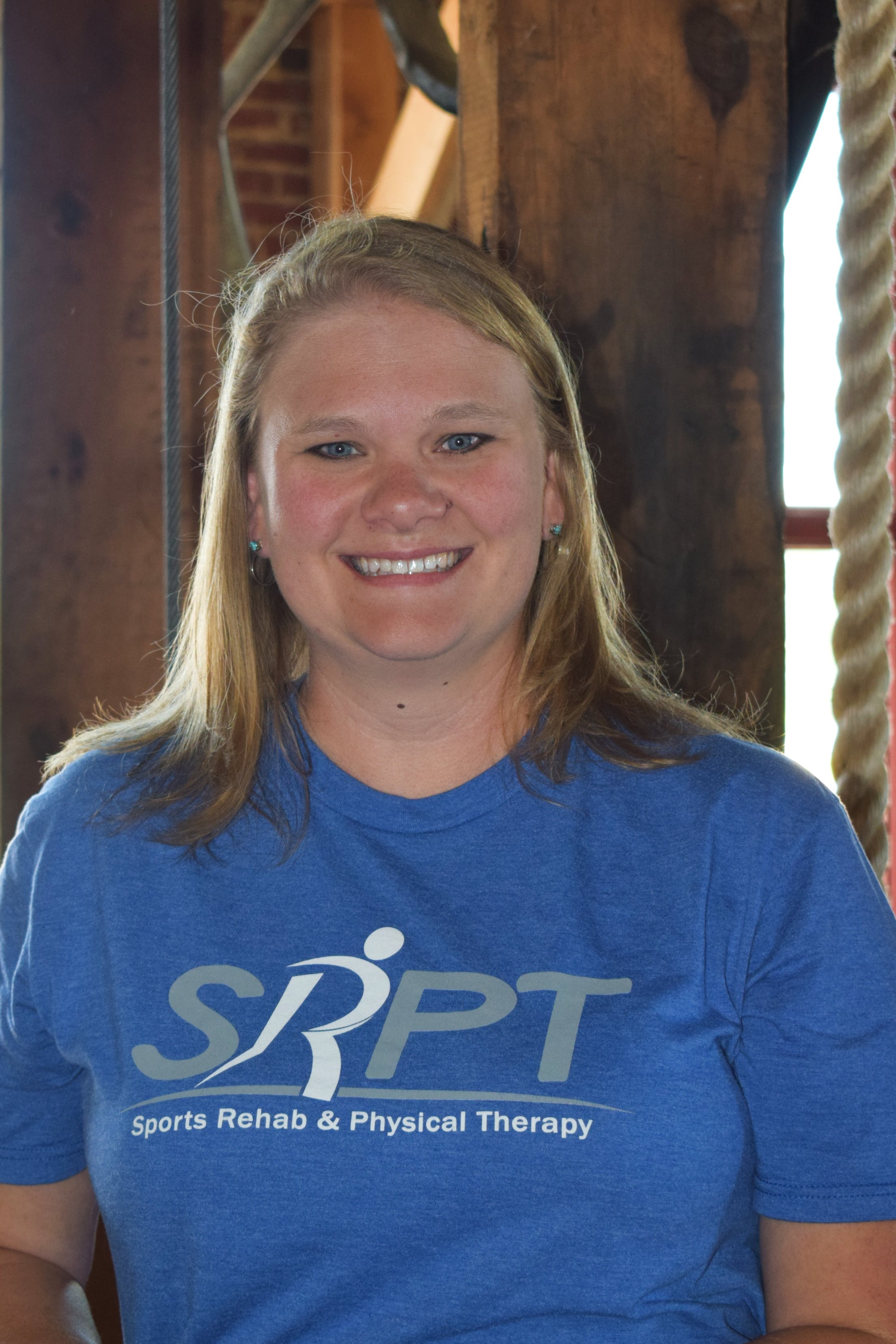 In the winter of 2017, Kristi Shashack joined Sports Rehab & Physical Therapy at both the Weatherford and Aledo locations. Her home clinic is Aledo; however, she also practices at the Weatherford clinic two days a week.

Kristi’s career has consisted of mostly outpatient physical therapy, with interest in orthopedics and sports rehab. Kristi enjoys all types of outpatient patients; however, she really enjoys working with knee and ankle injuries. 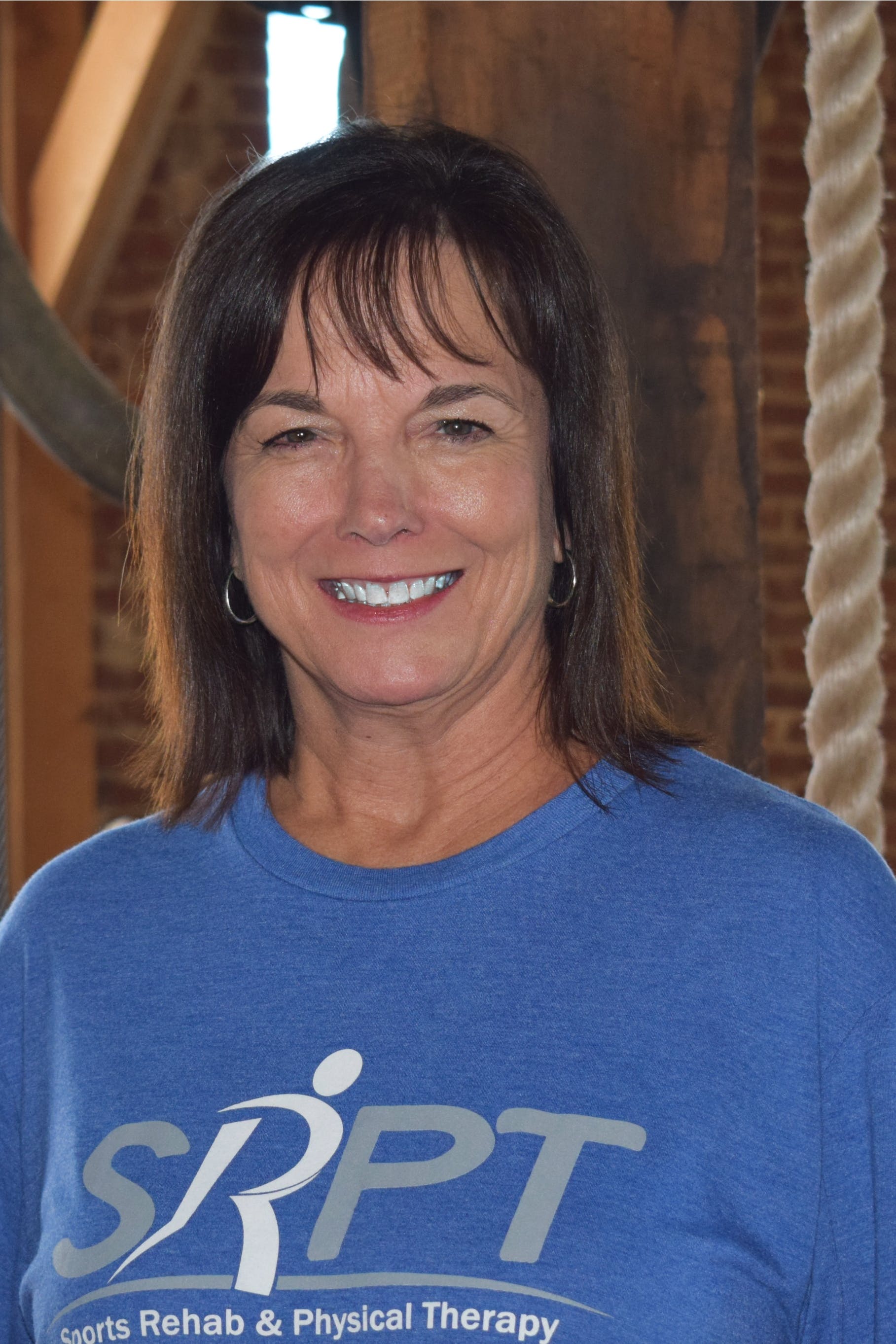 Betty joined the Weatherford Physical Therapy team in August 1990. Betty is seen at both the Aledo and Weatherford locations. She earned her Bachelor’s Degree in Biology from Tarleton State University and her Associates in Physical Therapist Assistant from Tarrant County Junior College. Betty has gained extensive experience in Orthopedic and Manual Therapy through years of work. She individualizes each patients program to meet their specific needs while challenging them to achieve their very best. 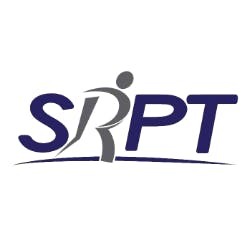 Daina has been with the the company since 1997. She resides in Stephenville with her husband, Joe, and takes pride in her family around the local area. She manages office staff across the four locations. Daina is happy to assist with any billing or office related concerns.